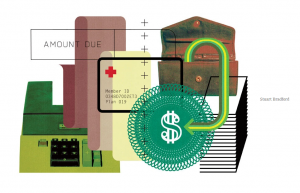 Joaquin Lopez had emergency gallbladder surgery after rushing to an emergency room last year. He has been haggling with Baptist Memorial Hospital in Memphis over what he owes ever since.

The 37-year-old college professor was hit with a nearly $8,000 bill from the out-of-network hospital — that was after the $11,000 he and his insurer had already paid.

Consumers are increasingly vulnerable to such so-called balance bills, which represent the difference between what insurers pay and hospitals’ list prices. List prices can be several times higher than what the hospitals accept from Medicare or in-network insurers.

Congress is considering bipartisan legislation to limit balance billing. But some legal scholars say that patients should already be protected against some of the highest surprise charges under longstanding conventions of contract law.

We have partnered with a variety of healthcare organizations to extend our reach to 40+ states.